At the tender age of fourteen Zao Wou-Ki began studying at the art academy of Hangzhou and began painting in oil. From 1941 to 1947 Wou-Ki worked there as a professor and showed his work in one of his first solo exhibitions. The young artist was strongly influenced by exponents of European Modernity. In 1948 Zao Wou-Ki emigrated to Paris, where he became acquainted with Henri Michaux, Alberto Giavometti, Joan Miró and Maria Elena Vieira da Silva.
Wou-Ki attended courses at the “Grande Chaumière” in Paris and learned lithography. Only one year later his first Paris solo exhibition took place at the Creuze gallery and was followed by numerous others throughout Europe. Influenced by Paul Klee, Wou-Ki increasingly moved away from representational painting and turned towards a synthesis between Eastern calligraphy and European Art informel.
Zao Wou-Ki’s poetic, abstract pictures evoke scenic-cosmic associations. In 1953 the artist designed the set for the ballet “Die Perle” by R. Petit, followed by a Carnegie Award in Pittsburgh in 1955. In 1957-58 Zao Wou-Ki traveled around the USA.
In 1964 he received French citizenship. In 1965 the artist’s works were shown in a first large retrospective at the Folkwang museum in Essen. During the 1970s Wou-Ki repeatedly went to China and produced a series of ink paintings following Chinese traditions.
As a friend of H. Michaux and A. Malraux, Zao Wou-Ki also contributed to numerous illustration projects. In 1980 he was appointed as a professor at the “Ecole Nationale supérieure des Arts décoratifs”.
During the 1990s Zao Wou-Ki received numerous honorary doctorates and the Japanese Premium Imperial Award and his works were shown at large international exhibitions including the Venice Biennale in 1996. 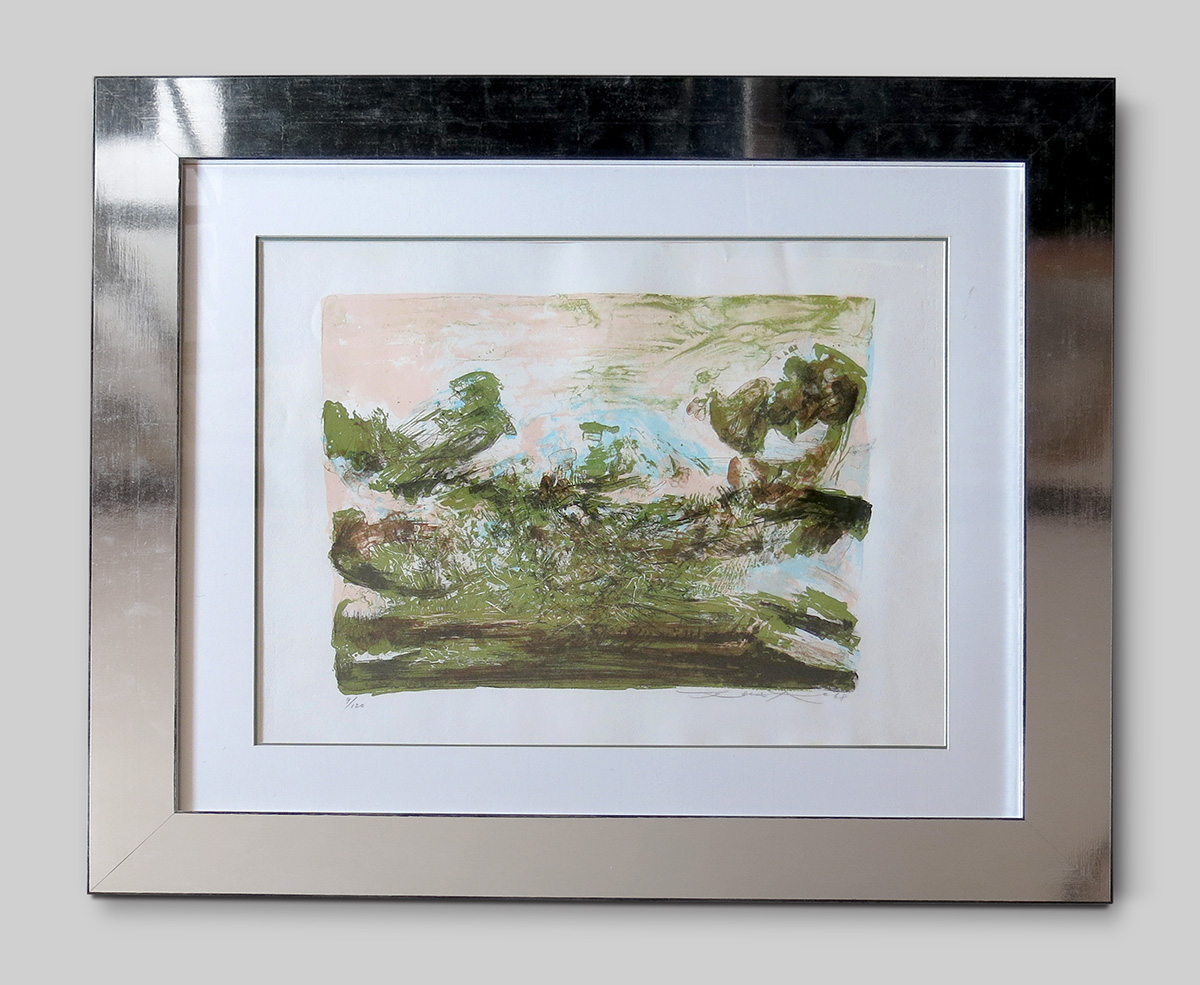